◄ Back to news 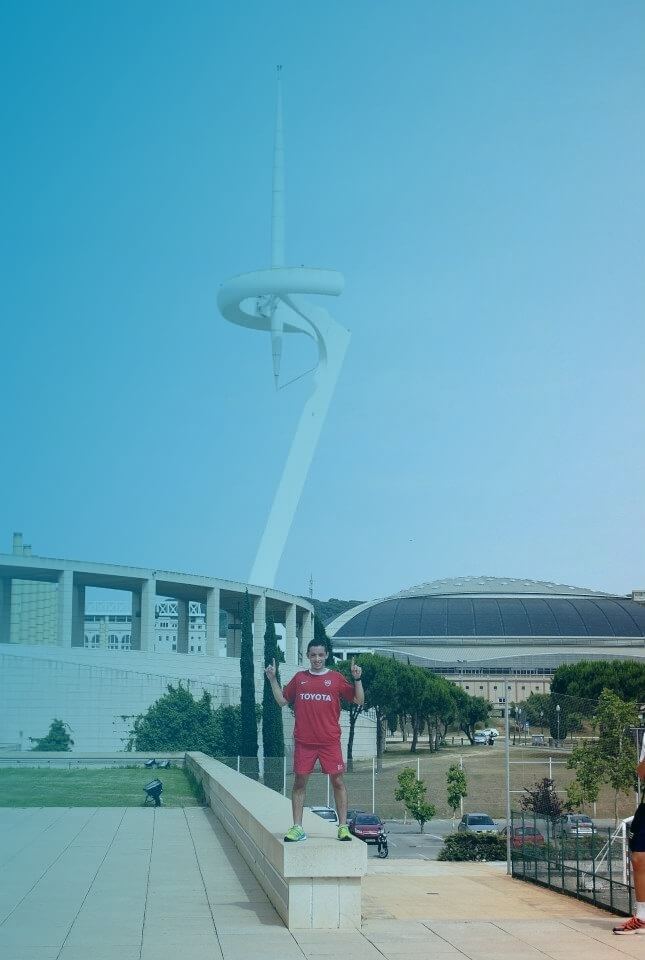 Well, it's been 10 years since I discovered BARCELONA for the first time , an exceptional Olympic city that was going to welcome me as part of the ERASMUS programme. So in 2011-2012 I was doing my 3rd year of STAPS Sports Management on the campus of the NATIONAL INSTITUTE OF PHYSICAL EDUCATION OF CATALONIA (INEFC). Not easy to quickly become familiar with Catalan (and Spanish por supuesto), especially in Sports Law for example 🙂 but what an accomplishment to live an intense year, rich in encounters and discoveries…

Discovery of Spanish Sport, a country where the practice of sport is in my opinion much more democratized than in France, rooted in the life of the Spaniards and this from an early age. For example, a school child begins at age 3 to play sports at school in the form of sessions on motor skills courses. These workshops therefore allow him very quickly to apprehend his body and to develop rapidly in order to explore the world around him. It is also very common in Spain for a child to practice two different sports… like Rafael Nadal (himself) who until he was 10 years old was as good a tennis player as… a footballer, imagine! This philosophy of sport, of the cult of sport, of the passion for sport therefore makes Spain a land of sporting practice of reference in Europe. It was there that I discovered Rink Hockey (hockey patinas) which is an incredible sport, ultra fast which is played with a wooden stick, a hard ball and quad skates on the feet … a little the meeting of inline hockey, ice hockey and field hockey. Enormous ! But I also and above all discovered a great sport there, which I immediately tried … a compromise between tennis and squash, which is played with 4 players, most of the time outdoors in Spain. This sport attracts crowds on the grounds: padel!

So you understand here why I decided from the creation of La Toupie Bleue to become the first European Tour Operator / Receptive to offer trips around Padel. Sport highly developed in South America and Spain, this young sport attracts new followers, new families, new groups of friends year after year! This sport has an Olympic dream and it is not the growing number of its practitioners at the international level that could prevent it. France & Belgium are following in the footsteps of Italy, Portugal and Sweden, which have identified all the challenges of the rise of this sport: fun, easily accessible but above all terribly addictive!

The Barcelona of 2011 is no longer the Barcelona of 2021, mass tourism having been widely criticized and singled out over the past three years (cruises, too many motorists, overcrowding of accommodation, etc.). But believe me, I will continue (in small groups) to introduce you to the city I fell in love with and which has given me so much: two great friends, a new language in my bow, a multiplied joie de vivre and a desire focused on discovery and experimentation! The COVID has been there, but I will soon make you enjoy an authentic Barcelona, with a different vision than the one you know.

So, when are we going to Barna?